Home › Pop Culture › Orange is the new black? No, not really

Orange is the new black? No, not really 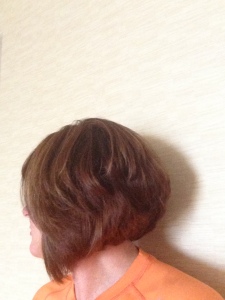 Despite being a blog on “loss,” there are days when we all need a break, at least from the hard loss. So today I’m pondering small losses, extremely small losses, like my hair. Yesterday, I had fairly long, red curly hair; today, my hair’s short, straight, bobbed, less red. Every year or so I go through exactly the same ritual. I grow my hair about a foot long, with every intention of going really long.  Mormon long.  And, every year or so I lob off my hair and think “never again.” Yesterday just happened to be the yearly tradition, and then I followed up the new found weight loss (my hair’s thick, heavy) with a trip to the gym and a new set of yoga clothes.

Unfortunately, while I love my new orange duds, they do look a little prison-like. I’m sick of black, though, and so orange, at least for the treadmill, is my new black.  Then, In a James Joyceian, stream-of-consciousness moment I began pondering Netflix’s 2013, Orange is the New Black. And believe it or not I arrived back where I started–pondering loss–big losses, small losses, cultural losses, identity losses.

Although set in a women’s prison, Jenji Kohan’s latest creation is still remarkably similar to her earlier work — Weeds. In fact, apart from the hair coloring and lesbian “leanings,” Piper Kerman and Nancy Botwin are pretty much the same character — white, privileged, spoilt, attractive, and of course at the very epicenter of a setting  where whiteness once again swallows up the story.

The story’s kinda great, though.

And it’s also a real story, based on the real Piper Kerman’s memoir. Piper’s imprisoned for a drug crime which took place years earlier, mainly because her vindictive ex-lesbian love ratted her out. But how she deserved to be ratted out. This, we find out through small  vignettes which transport the show out of the prison and into the past experiences of this eclectic bunch of inmates.

The inmates are an interesting bunch of women. Except Piper. She’s not interesting in the least.  To be perfectly honest, I’m really starting to dislike her.  As she flounders her way around, using and abusing the many hands that are offered her, she’s remained relatively unscathed, unhurt, She’s the white chick in the invisible protective cape.  When she wants to, she feels part of the crowd…at least while serving her time, a very short time in comparison to her fellow inmates. If I’d been Piper Kerman, I’d have embellished my character, or at the very least dampened down the narcissism.

The rest of the characters make Orange is the New Black worthwhile, though, even if it’s very transparent in its intent. The show makes fun of racial and cultural stereotypes by making fun of racial and cultural stereotypes. Sometimes this strategy works better than others. It works best when the women are in on the joke–when they recognize that their prejudices and preconceived notions are just that. However, when it comes to the representative for “poor white trash,” we see all the old and tired clichés fly without the center of the jokes, Tiffany Pennsatucky Doggett,  being in on them.

Tiffany “Pennsatucky” (a play on Kentucky, I guess) Doggett is a drug addict, incarcerated for murdering a nurse at an abortion clinic. She’s become the poster child for the ultra right-wing, religious zealots, who’ve hired a a good-‘ole-boy attorney to take care of her.  However, Pennsatucky’s moral stance on abortion only came about once she discovered the lord.  In fact on the day of the fateful shooting, Tiffany’s derided by the abortion clinic nurse for having her 5th abortion, earning a “frequent-customer” punch card. In response to being disrespected (one of her favorite refrains), Tiffany goes out to her pick-up truck, storms back in past the lines of placard-toting protestors, while she’s now toting a shotgun, and proceeds to blow the nurse to oblivion.

Hence, begins her journey — for the lord, and for the “religious” financial backers who’ll take on her case. Now the prison leader of the “God-squad,” Tiffany encompasses every physical and intellectual stereotype of the hillbilly, poor white trash figure: the meth teeth, the mullet, the Christ obsession, the stupid….really, really stupid. The stupid’s magnified by the foil of two unlikely characters — Tiffany and Piper. There are lots of scenes involving Piper with her million dollar smile, juxtaposed next to Tiffany’s decaying molars and mental state.  And then there’s the stupid– and Piper, with her ivy-league education, makes mincemeat of Tiffany’s stupidity.

First, Piper convinces Pennsatucky that she really is God’s chosen vessel, by convincing other inmates to fake miraculous healings at the laying on of Pennsatucky’s hands, and then Piper brutally exposes Pennsatucky as a vessel of a scam that everyone’s in on except her. It’s monumental, and it’s monumentally cruel.  If  Pennsatucky’s undoing had stopped there– there — where she’s chained to a bed in a psych ward, the story would’ve retained the empathy that anyone with a pulse would feel for her. The problem is that within days of her release back into the general population, Pennsatucky’s once again leaping around in the laundry room, brandishing a Bible in the air, plotting old-testament revenge for being  disrespected.

Kinda funny. But It seems Tiffany Pennsatucky’s not in on the joke.

There’s plenty of them in Orange is the New Black. There’s “crazy-eyes” who is really not all that crazy; there’s the queen of Namaste, whose gentle persona masks a tragically violent act; there’s Red  the kitchen czar, relaxing while one of her “daughters” prepares her makeshift spa treatment; there’s a transsexual bartering with a nun for post-menopausal meds; and there’s plenty of laughs over prison porn and makeshift sex-toys, but there’s nothing that funny about the handling of Tiffany Pennsatucky’s character. The character, herself, is not the problem. The problem is that unlike  other characters on the show, Pennsatucky never grows, she never changes; she remains the stupid cliché of backwoods hillbillies, living out their time between prison sentences in the backyard trailer parks of Kentucky and Tennessee.

There’s nothing likable about Tiffany Pennsatucky. It’s hard not to grow fond of “crazy-eyes”, or Daya, or Morello, or even butch Carrie ‘Big-Boo” Black (she’s one of my favorites), but there’s just nothing likable about poor Pennsatucky. Her background story, unlike the other characters, only reinforces the ugly, the stupid; Genji directs us, her audience, to continue making fun of the poor white trash from Kentucky. Hasn’t that been done, over done? Couldn’t we for once have a nuanced Kentucky character that’s more than the sum of her deprivations? Couldn’t the last laugh NOT be on Tiffany Pennsatucky, from Kentucky?

I know it’s only a show, but just for once couldn’t we be surprised — surprised by the way we feel –less Piper Kerman, less judgmental, less cruel.

Couldn’t Jenji Kohan have directed us toward a little more empathy for the stock-pile character that never catches a break.

I’m hoping Season 2 proves me wrong. I’m hoping Tiffany Pennsatucky elicits our laughter, with her, and not just at her. Most of all, I’m hoping she’s in on the joke. 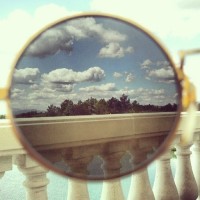 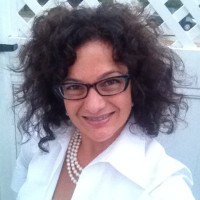 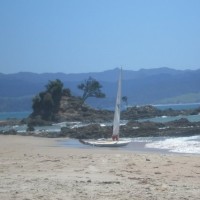 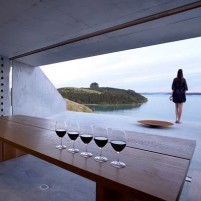 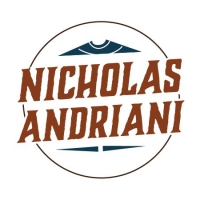